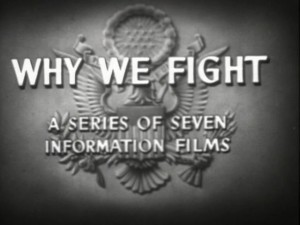 It is a happy coincidence that Open Access Week coincides with my inaugural post on the new CALI Spotlight blog.  I am a HUGE fan of Open Access – and all of the Opens, really…Open Source, Open Education, Open Data, Open Law, etc.  So much so that CALI’s commitment to the Opens with its tools and products was a major reason that I leapt at the chance to work here.

What is Open Access (or OA)? To quote trusty old Wikipedia, it’s “unrestricted access via the Internet to articles published in scholarly journals, and also increasingly to book chapters or monographs.”  And I’m a librarian, so when I use the word “access,” I don’t just mean “free.”  I also mean that there’s enough metadata attached and it’s stored in such a way that people can find it and that people a hundred years from now will be able to use it too.

I feel like OA doesn’t get as much traction in law as it does with other academic disciplines, which is crazy because if there was ever a discipline more ripe for OA than law, I haven’t seen it. First, there’s the primary data set for it which is…the law.  You know the law – produced by the government, paid for by tax dollars, theoretically no copyright issues involved, the very cornerstone of our society?  Yeah, that law.   Unfortunately, while great strides are being made in the government actually publishing the law in an open way, the great majority of U.S. law that can be meaningfully accessed is behind a paywall and controlled by large corporations.

(One of these days certain political factions in the United States will realize that access to U.S. law is mainly controlled by foreign owned corporations and then I AM POPPING SOME POPCORN and gonna sit back, watch the rhetoric fly and, God willing, watch the GPO get funded out the wazoo and donations to places like LII sky rocket. But I digress…)

What about legal education?  Once again, in theory this should be a no brainer.  For those of you not in the know, law students are primarily educated through a method devised by Christopher Columbus Langdell about a 100 years ago called “the case method.”  Basically, law students read judicial opinions (LOTS of judicial opinions, which p.s. are part of that whole “technically free law” thing) and – aided by classroom Socratic discussion – distill what the law is.  This is opposed to reading a text book that explains it to them, as is what occurs in many disciplines.   There is some selection and editing of the cases, so it’s not a process without intellectual contribution. But still. There should be a better way to make it more open.

(If you’re interested, CALI has a publishing wing called eLangdell Press where we are trying to do just that.  Additionally, law professors Patrick Wiseman of Georgia State, Steve Bradford of University of Nebraska – Lincoln College of Law and Jonathan Zittrain of Harvard have also created eCasebooks that use open principles.)

Let’s move higher up the academic food chain and the main focus of OA Week…scholarly publishing.  I always enjoy talking to my non-law librarian friends about legal academic publishing…I’ve discovered it’s almost a dirty little secret. See, two big issues standing in the way of OA publishing in other disciplines is peer review and editorial oversight. Granted, this is done mainly by faculty volunteers, but again, not a process without intellectual contribution.
Law journals?  Yeah, we’re not so much with the peer review. Those types of law journals do exist, but the great majority of law journals are student run and edited.  And, having worked on a law journal as a student and been heavily involved in the academic support for another as a librarian, you can assume I’m making big ol’ air quotes around the edited part of that statement.  Law students make sure all the citations are correct and that the sources cited to really exist – but judgement calls as to the validity of a statement in an article are rarely made.  Honestly, the editorial standards are not that much different than PLoS ONE. 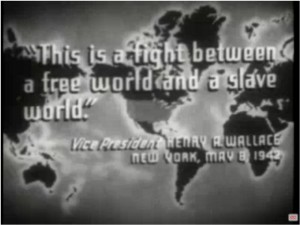 Law professors spend a significant amount of their “work time” writing articles for law journals. (“Work time” meaning paid for by their salaries…and I know of at least one school where faculty get a significant bonus for publication.) These articles are for the most part edited for technical issues by law students. (A privilege they pay for with their tuition money.)  The law journals are published in print which the law school library buys, although that’s becoming more rare and – as is increasingly common – put on a journal website, SSRN and/or other depository (which schools must pay for the privilege to use.)  The articles are also collected and indexed in subscription databases, which the school’s library must also buy if they want meaningful access to the scholarship since the other publication venues aren’t always…efficient…when it comes to findability.

So, if you’re keeping score at home, a law student’s tuition money has paid for an article between 4 and 10 times before they go to access it so they can use it to write a paper. And let’s not get into the debate about whether or not law journals articles even have value anymore. If you’re interested in a more scholarly take on Open Access to Legal Scholarship, Prof. Dick Danner, director of the Duke Law Library, has recently posted an article on SSRN about this very thing.

Okay, so I’ve listed some ways that law and legal education is not open, but so what?  Who cares?  Here’s the thing, y’all.  Open Access Saves Lives.  That link is to a medical example, but how many people are denied access to justice because they can’t afford legal representation and yet can’t get at adequate tools to help themselves?  OA saves some money too, which is not an insignificant consideration for academics in a time of rising tuition costs and decreasing job markets.  Not to mention the patent unfairness of paying several times over for the same product like fight club soap.

So what can we do?  Well, you can be like me and uproot your life and go work for a non-profit consortium that works to make legal and education materials more open, but that’s probably not a practical suggestion for most of y’all.   If you’re a law professor/academic/librarian, only publish your works in OA journals and don’t volunteer for editorial boards of journals that aren’t OA.  At the very least, make sure you retain copyright for all of your works so that you can self-publish on the web and your work remains available. Encourage your schools’ promotion and tenure committees to be more accepting of OA publications.  Stop puffing up your egos with meaningless stats like SSRN download counts and support institutional repositories that have a decent search mechanism.  Put OA publications in your libraries’ catalogs and make them more findable. Educate administrations, law journal boards and teaching faculty about these issues so they can make the right decision when the time comes.  Same thing goes for government officials but for them to make decisions about primary legal materials instead of academic scholarship. That’s just a quick list off the top of my head..there are dozens of ways to support OA that uses your skills and experience.

It’s not going to be an easy thing to do, but it’s the right thing to do.

screenshot from http://www.archive.org/details/PreludeToWar by author

3 Responses to Why We Fight