Notes from a Class Observation

Posted on December 4, 2012 by Sarah Glassmeyer 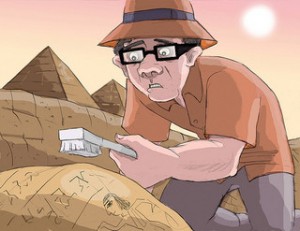 Today I decided to dust off my anthropology degree and do a little fieldwork in a law school class. Why? Well, if we here at CALI want to build the best possible tools for faculty and students to use, it helps to have an idea of how law courses are actually run.  And while I do have a law degree, it’s been 10 years since I was a law student and during my years teaching in law schools I was, well, busy teaching. Plus, the legal research courses I taught are slightly different than your regular doctrinal law school course.

Just to set the stage for you, this is a 1L Criminal Law class at Chicago-Kent College of Law. It has about 75 students, none obviously non-traditional.  It’s the last week before finals and the topic is Criminal Defenses. Think Bernhard Goetz.

I have to say, going into this class, I had many expectations of what I would see based on the characteristics of millennial students that we’ve been hammered with over the past few years and they didn’t really pan out.

My final thought is too long for a bullet point.  The professor in the class actually used the Socratic method and used it to great success. I was very impressed with the effectiveness which he used it.  But successful and effective for who?  The Socratic method is so revered because it teaches the analytical thought process – the “learning to think like a lawyer” that law schools hang their value on.  However, that only really works well for the student being questioned by the professor.  Everyone else in the class is listening and waiting for the black letter law to be revealed by the Socratic question exchange.   They’re not getting the “thought training” since they are passive observers.  Watching another person reason out a complex legal theory from the text of a case in order to figure out how to think yourself is like learning any other skill by just observing -it’s just not as effective as getting in there an practicing.   Given the size of law school classes, a student likely only has 1 or 2 opportunities for hands on practice in leaning to think like a lawyer.

How can we change that?  Well, suppose a professor turned his or her Socratic questioning of one student into a questioning of the whole class via an online system.  (CALI Author or an online poll/clicker system could be used for this.)   Each student would be engaged each class period in analytical reasoning and, assuming live results are viewable, the professor can discuss (either through lecture or more directed questioning) the reasons behind the correct answers.

Obviously, this was just one class in one course and results are not scientifcally valid.  But, it did give me some things to think about and options for educational technology.  If you have the chance, I suggest you give it a whirl and see what’s happening behind the laptop screen  the answer may surprise you.

Image credit:  Drawing by Eric Molinsky, one of the hundreds  of CC licensed images on the CALI.org Flickr.

This entry was posted in CALI Spotlight. Bookmark the permalink.